LGCA are continuing to work hard to put pressure on those responsible for delivering facilities in the area and have made it clear to all partners that delays in delivery are harmful to the local community and have serious social implications. Fingers crossed we start to see some progress soon.

Retail Units
Legal negotiations are reaching the final stages in relation to the large retail parcel next to the Community Centre. The Consortium are carrying out works to relocate a drain ahead of any work beginning to build the retail unit. This requires partial road closure at the end of Thistle Close.

Highways & Road Safety
The Consortium will be reminding contractors not to park on pavements around the site (in particular on Willowherb by the Sainsbury’s roundabout where we’ve heard it’s causing some issues). In return, the Consortium have asked us to remind residents not to park on the grass verges as it is damaging them. They have been placing signs reminding residents of this around the site ahead of repair works and we encourage all residents and visitors to ensure the signs are followed! 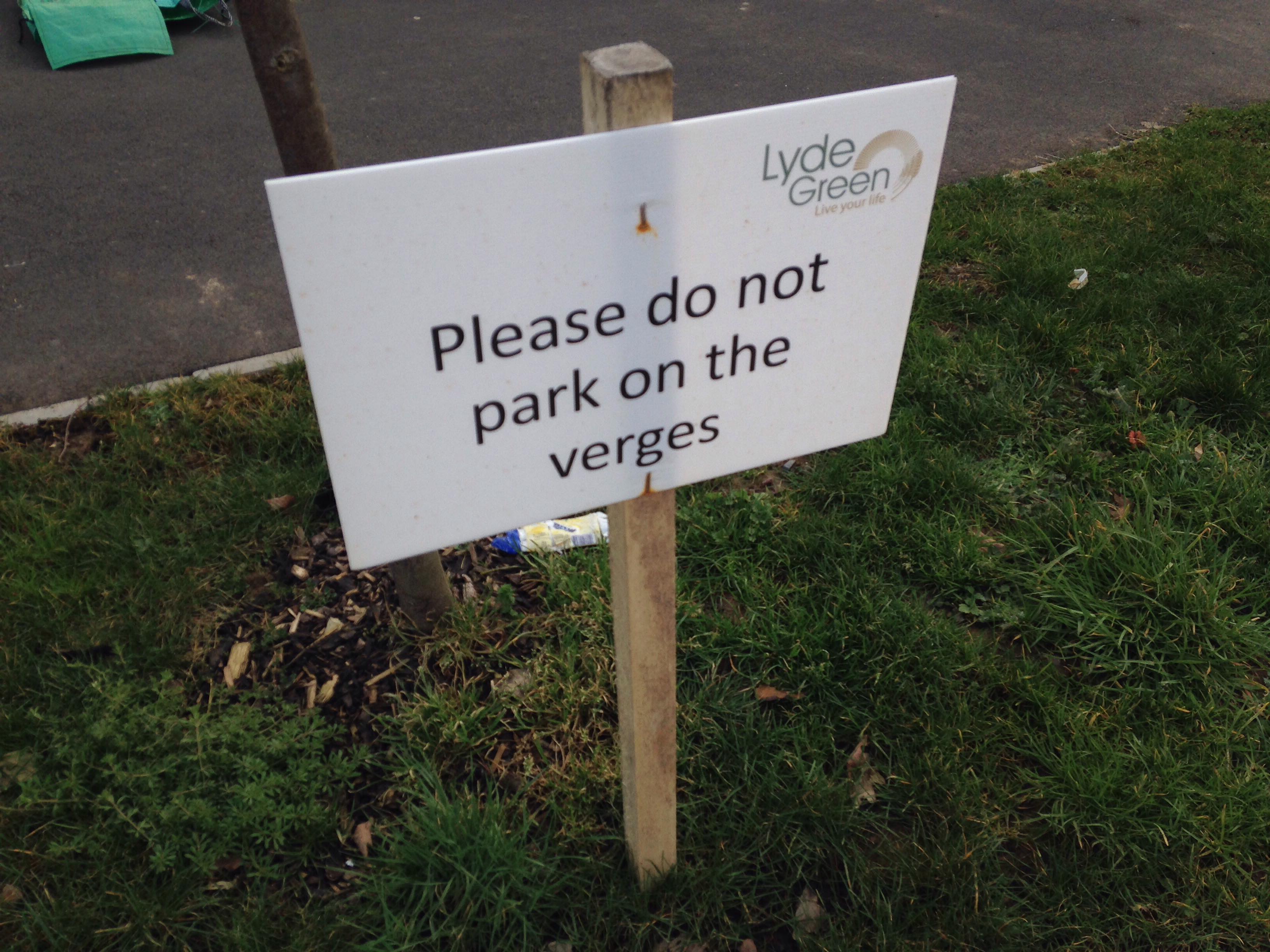 The adoption process for the roads in some areas of Lyde Green has begun. Once completed, the Police and Council will be able to enforce traffic violations including speeding and parking on double yellow lines. This will also allow monitoring of road usage.

Where necessary, LGCA, alongside other organisations like the School and Neighbourhood Watch, will promote the installation of additional traffic calming measures if and when possible to ensure the safety of our residents and children. We definitely don’t want someone to get hurt before the problem is resolved so we strongly encourage residents to report incidents of dangerous driving to the Police and, if you’re the one driving, to drive carefully and slowly around the development.

Park
We have raised the significant issues with water-logging and mud at the park, along with some other minor defects to equipment. GreenSquare conduct regular checks and will ensure that the matting (which is reportedly lifting and causing a trip hazard) and equipment is fixed. They will also be looking into the drainage issues.
School SquareWe have again requested from the Consortium and South Gloucestershire Council an opening date for School Square. We’re disappointed that it’s been significantly delayed and are doing all we can to push for an opening as soon as possible – especially as it’s making things difficult for the School!

The legal handover is progressing well and fingers crossed that it will be complete fairly soon. We can’t wait to start turning it into a buzzing hive of activity and hope to have regular events on the Square! If you’d like to help us make this happen, please get in touch!

Nursery
We’re hoping to see a planning application following the anticipated completion of initial legal negotiations at the end of February. LGCA are continuing to highlight the importance of this facility to those involved. Unfortunately the delays in the application mean it’s unlikely that the nursery will be open this September as we had hoped, but once the planning application is submitted, the time-frame to opening will be clearer.

Health Centre & GP Surgery
As previously reported, there will not be a Health Centre or GP Surgery in Lyde Green. Instead, additional funding will be provided to Emersons Green Medical Centre to help them to cope with the added strain of new Lyde Green residents. We’re looking at ways of promoting a positive two-way relationship between Lyde Green residents and the Medical Centre and will update you as and when we can.

Transport
TravelWest are aiming to hold transport-related events monthly to encourage positive changes in the way people travel. They’re also looking into setting up a Car Club (where you can hire a car rather than buying one – great for occasional use) and are looking into extra buses for Lyde Green.  Following a suggestion from a Lyde Green resident the potential to install some YoBikes is also being explored. We hope to hear more soon!