Long before the current Lyde Green development began, the Romans were building too!

During the building around the School Square area, archaeological remains of a Roman settlement were found. Before it was built over, artifacts were recovered from the ground. We’ve now heard these discoveries are now in the safe hands of the experts, and once they have been studied they will be displayed in the Bristol Museum & Art Gallery to add to our knowledge of the history of the area.

We’ll let you know when we hear more details about the exhibit!

More info was published in the Downend Voice back in December 2013 when the treasure was dug up! 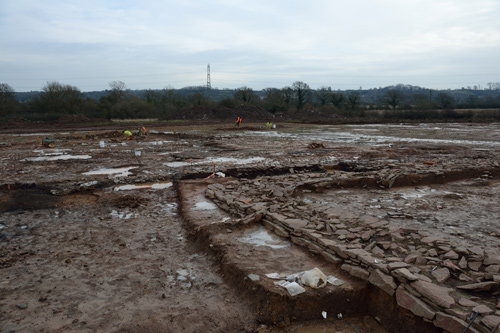